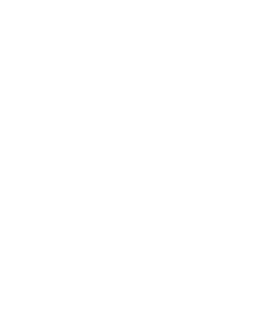 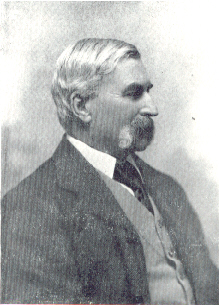 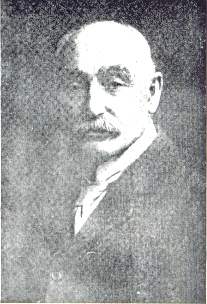 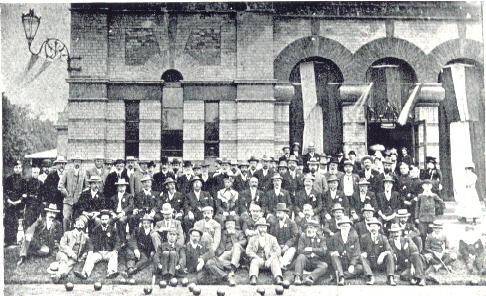 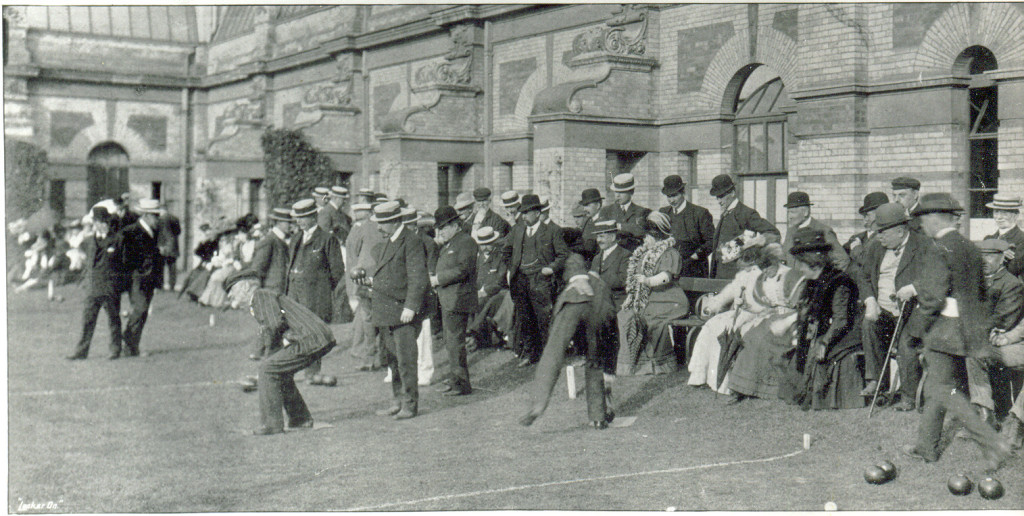 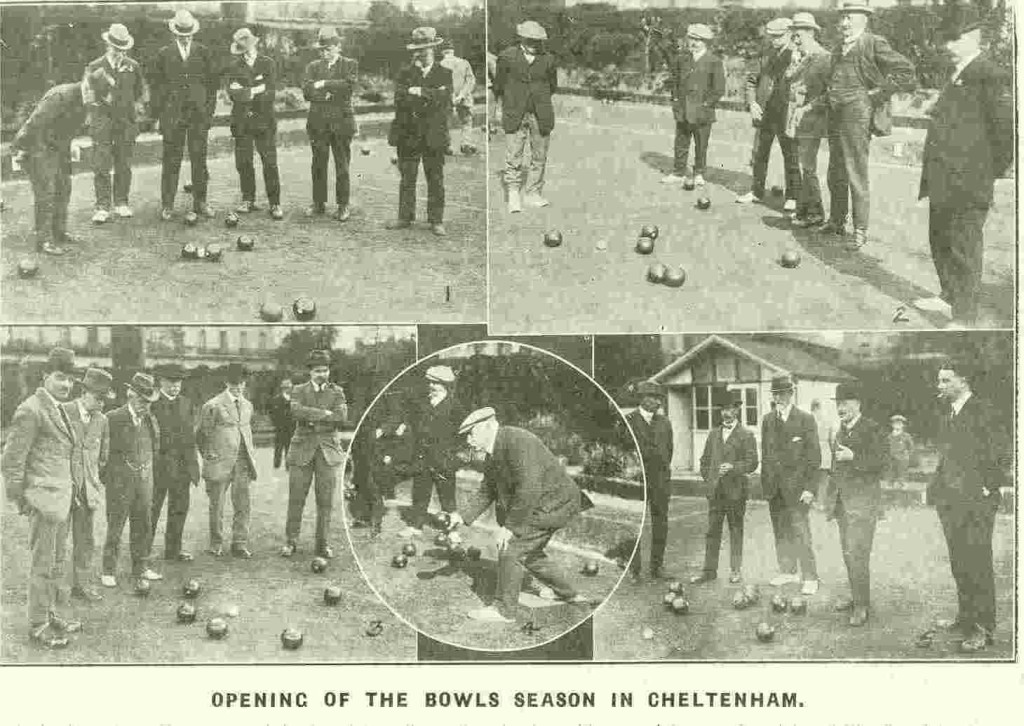 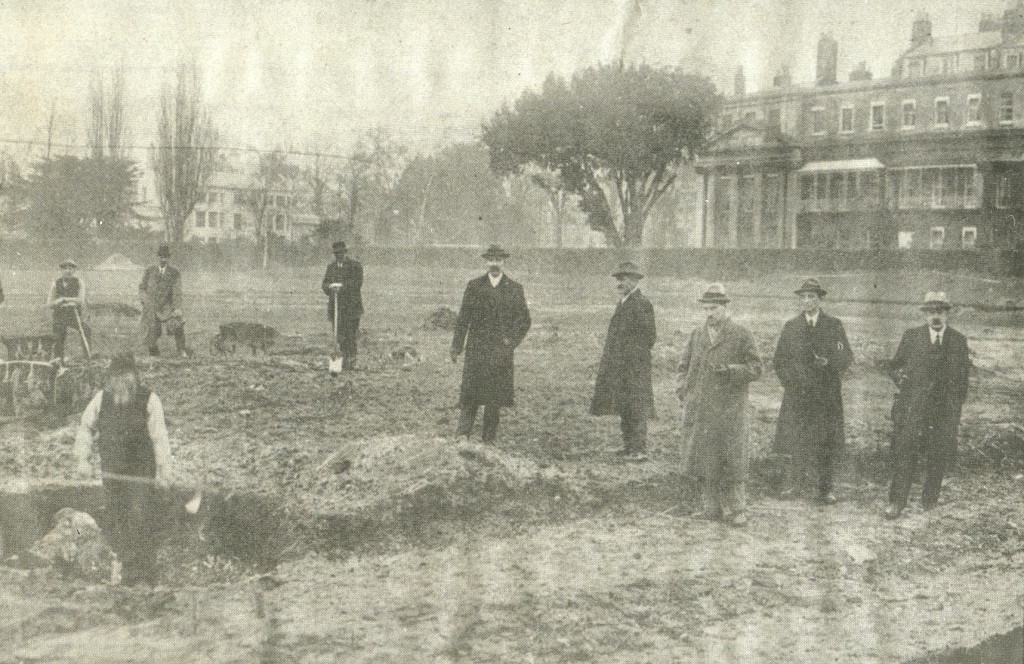 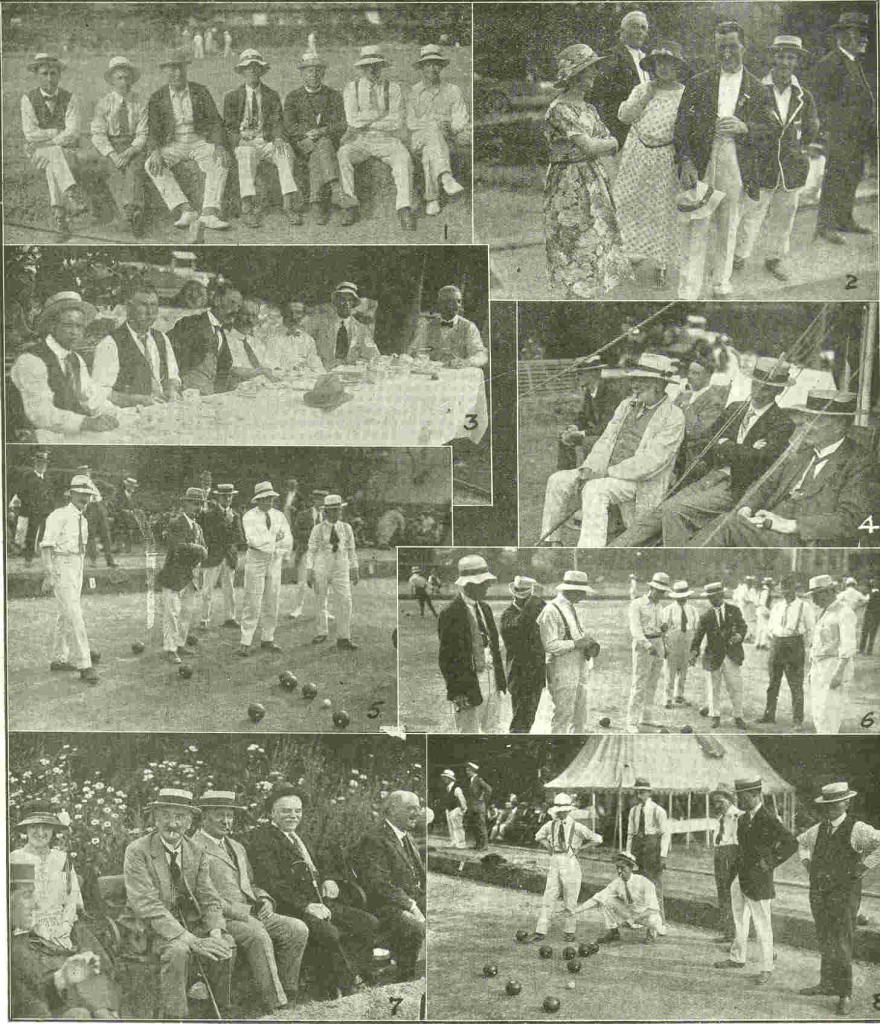 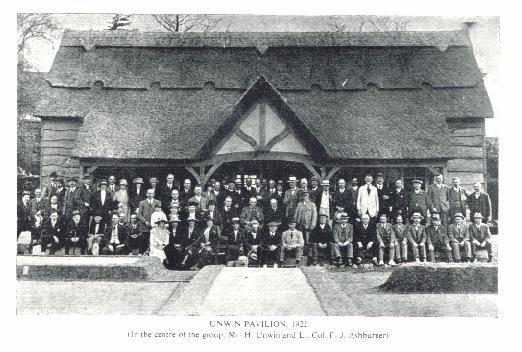 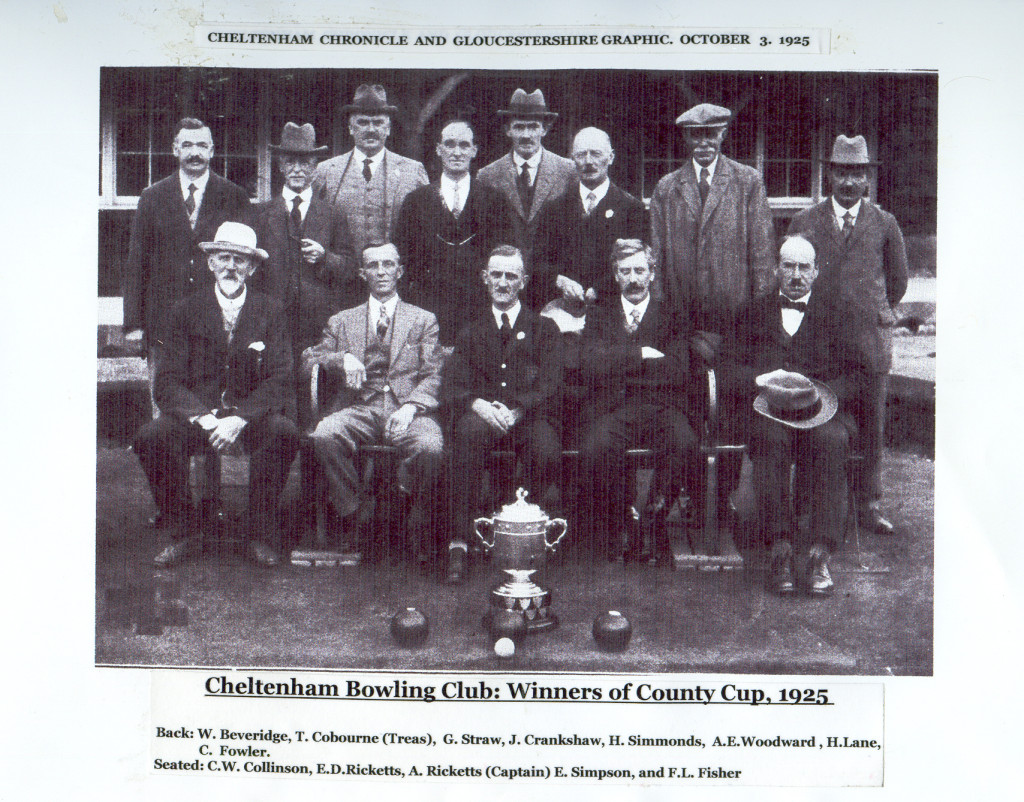 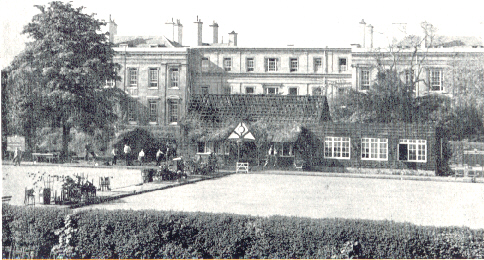 The greens in the mid-50s probably after the fire 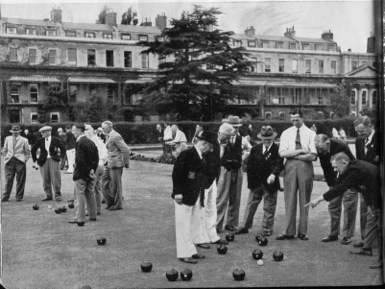 The Mayor of Cheltenham laying the foundation stone of the new pavilion. October 1955. 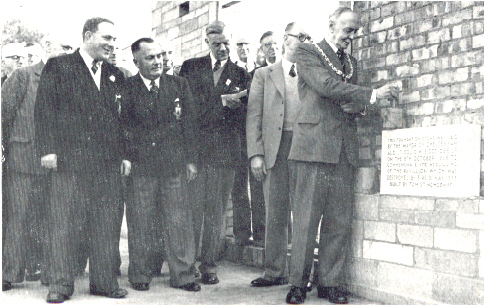 The new pavilion (prior to the extension being built) designed to match Suffolk House! 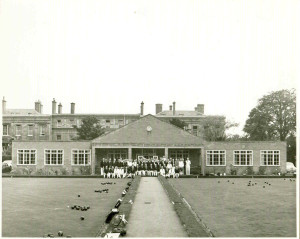 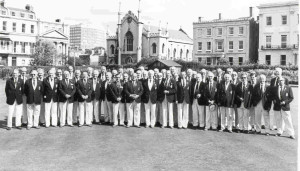 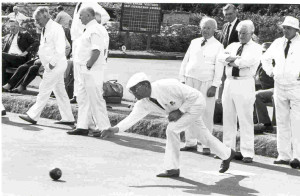 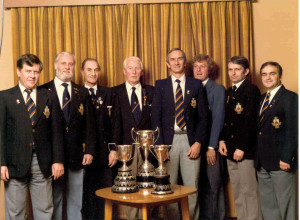 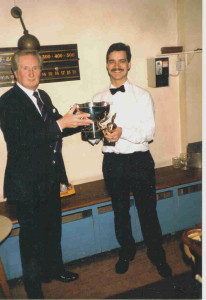 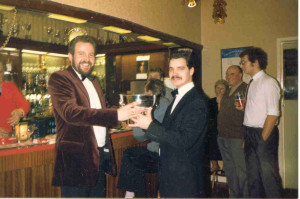 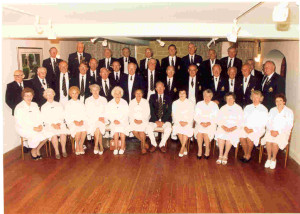 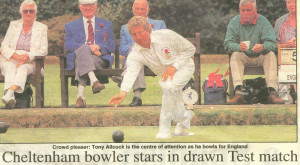 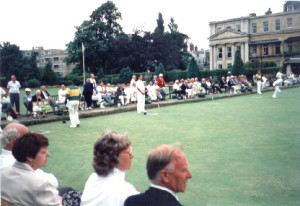 In 1996 foxes invaded Suffolk Square and were often seen lying on the bank next to the green. Matters came to a head when they interrupted a County Triples Final. Apparently the jack(or kitty) was the object of their affection. 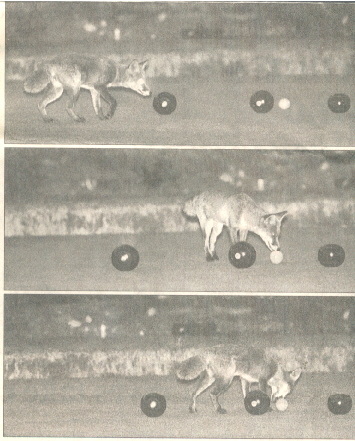 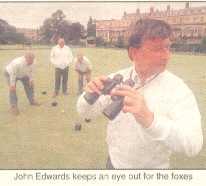 Working party repairing surrounds of the greens in c1999. 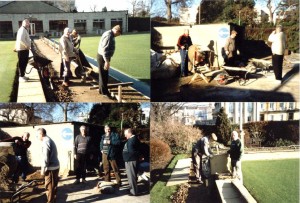 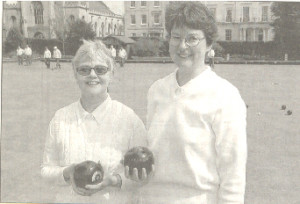